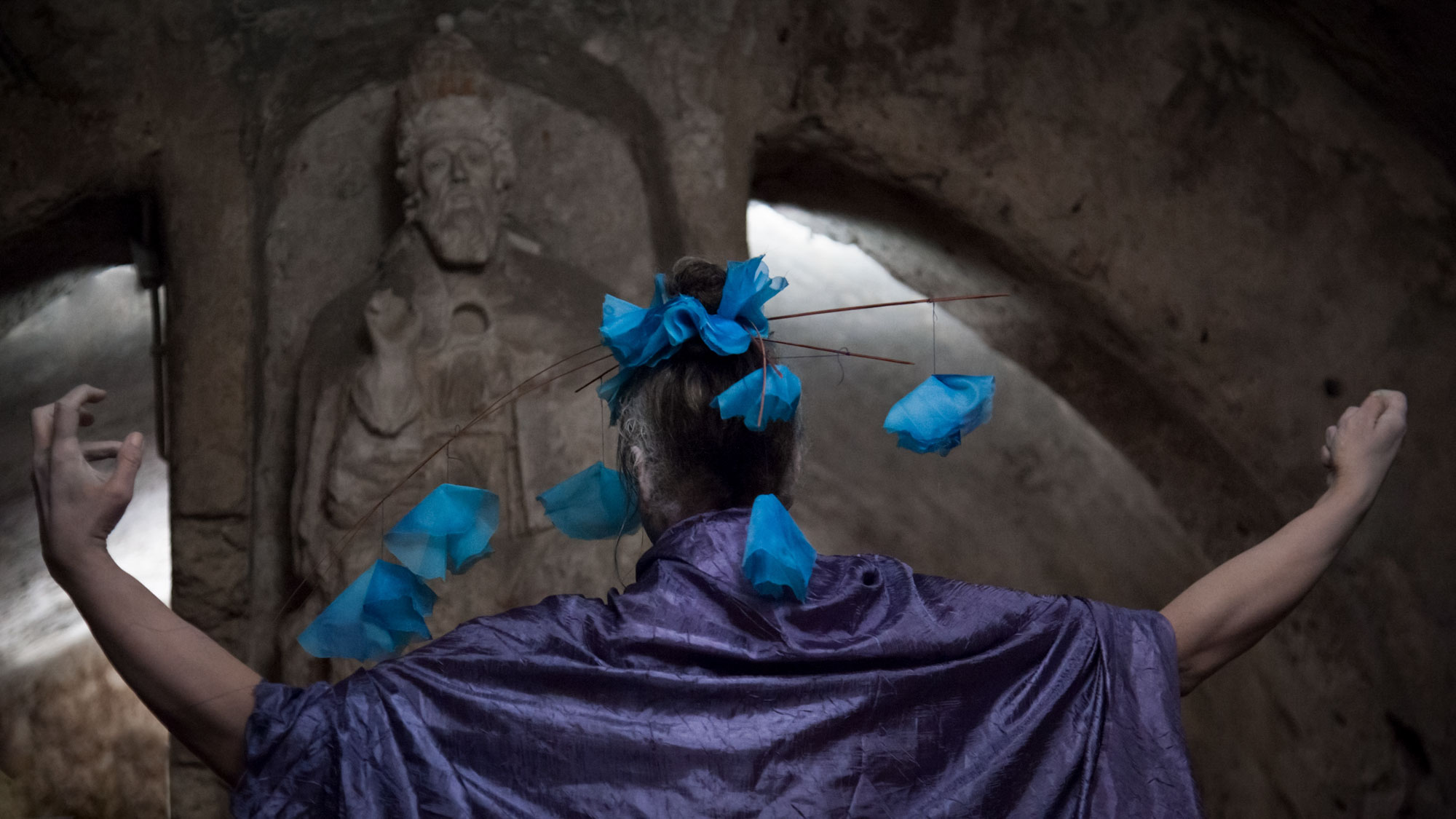 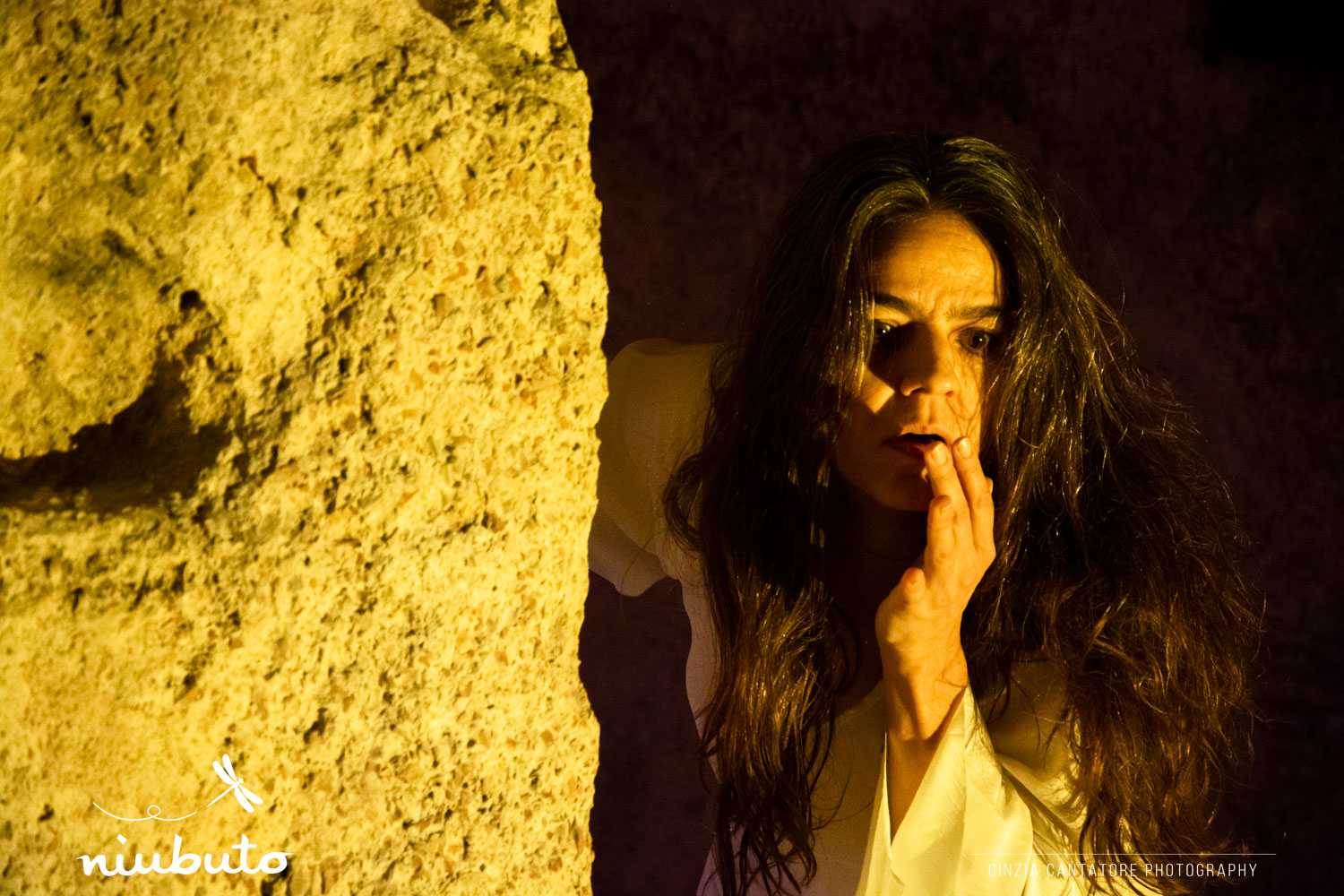 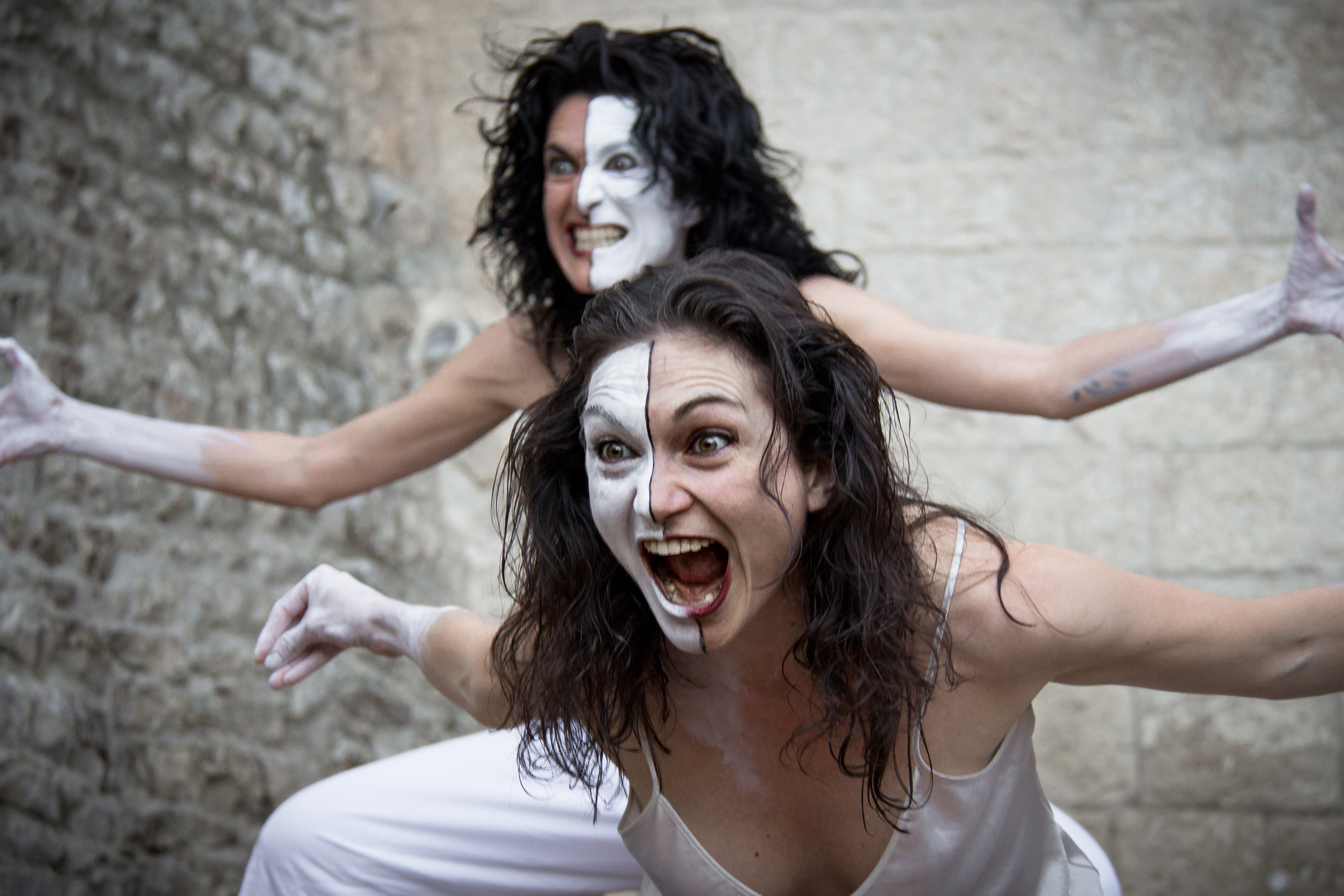 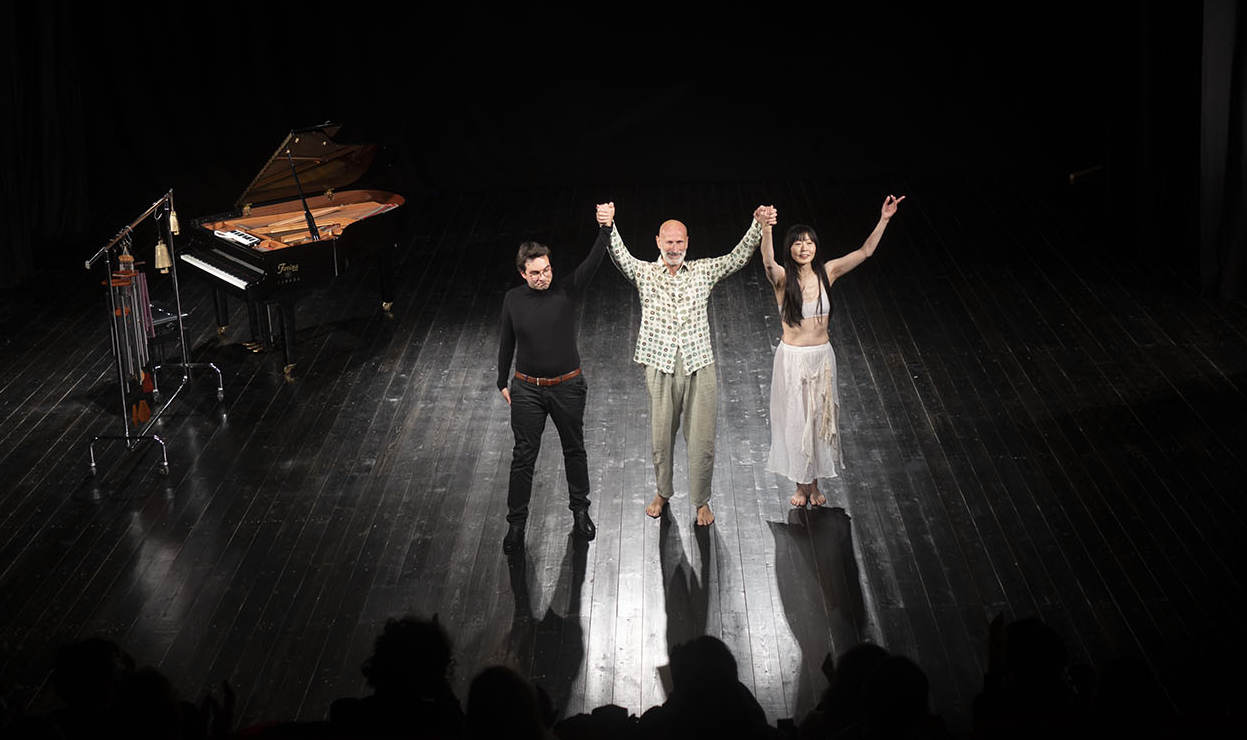 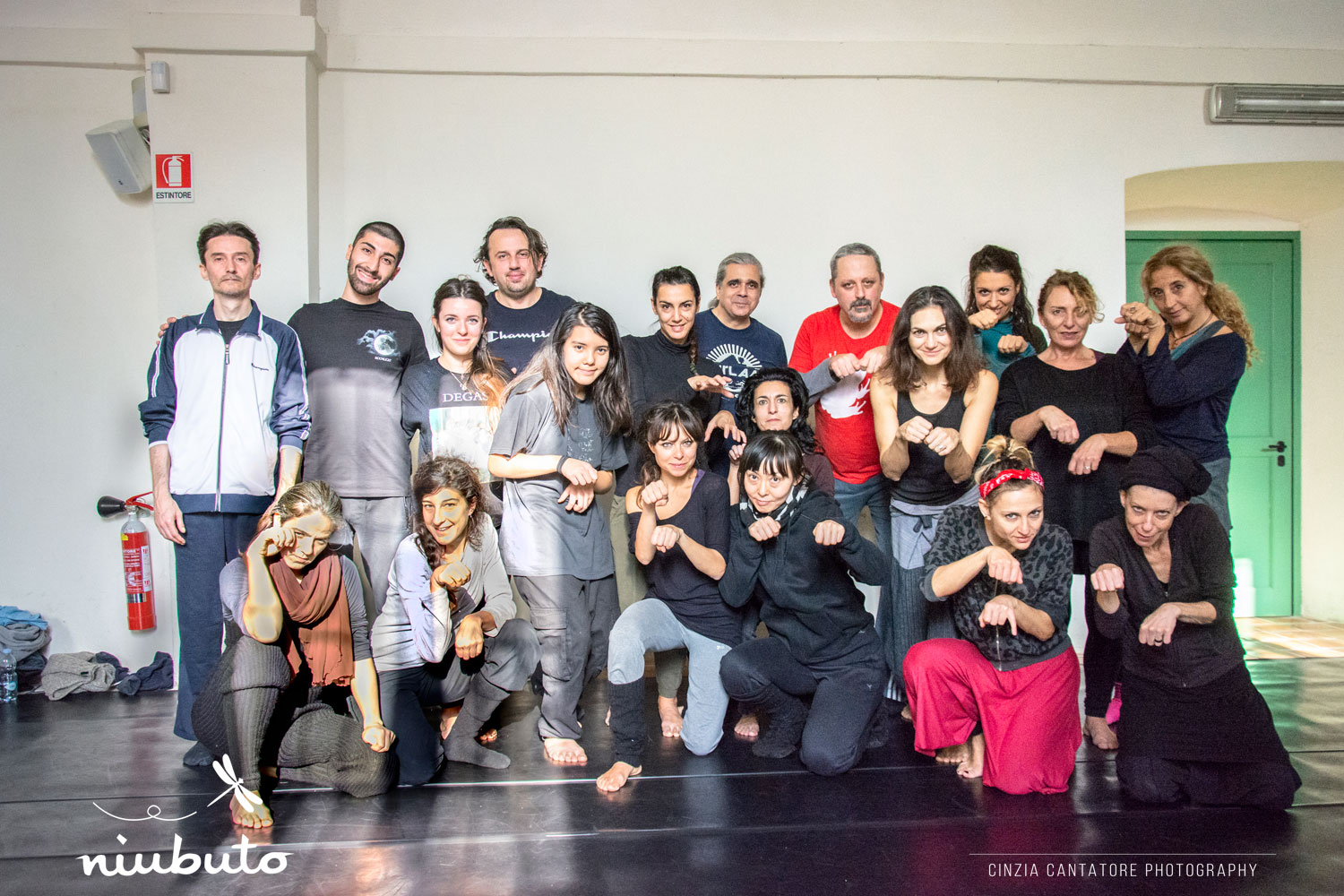 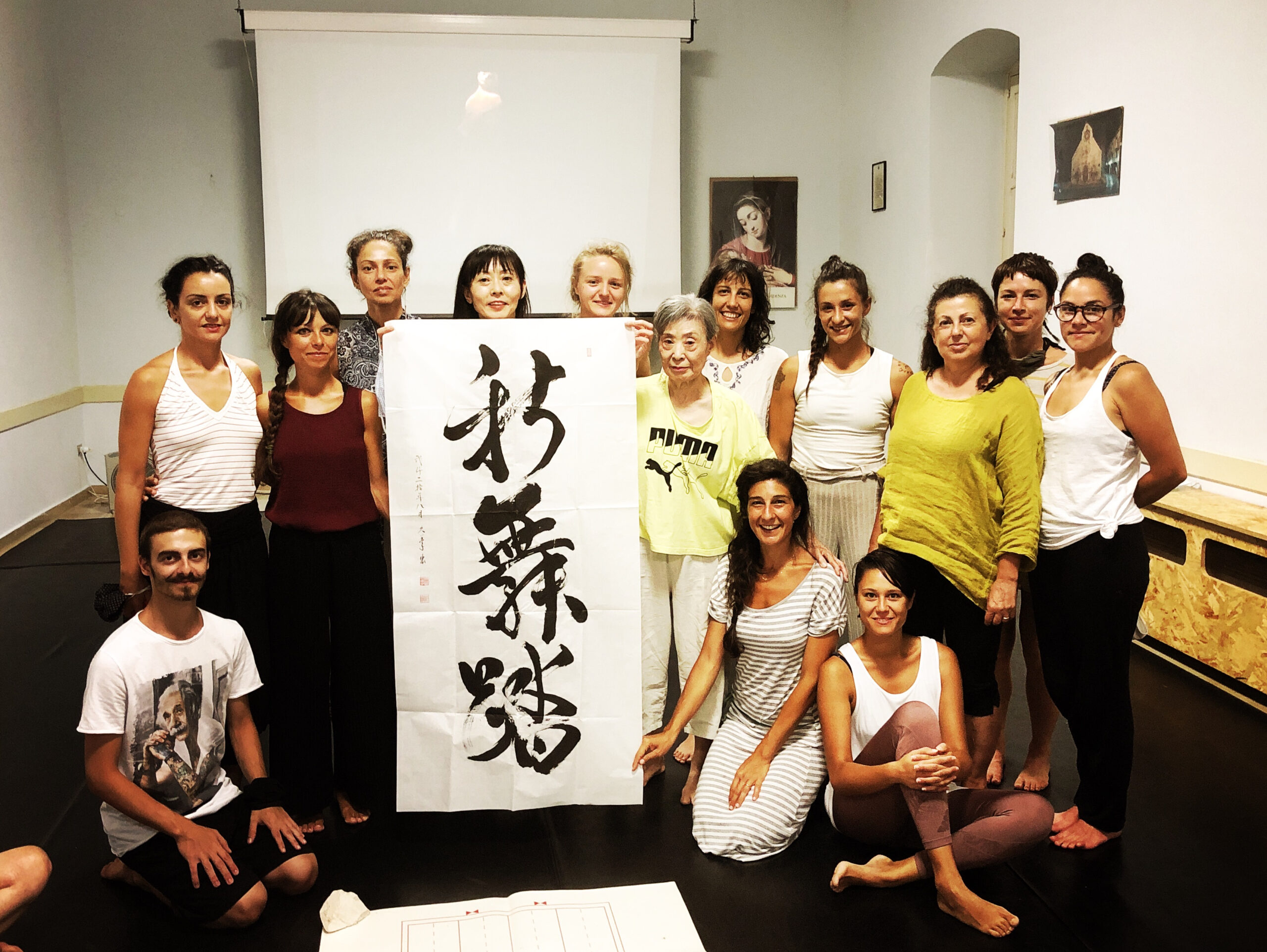 The Cultural Association for the Diffusion of New Butoh® Dance was born in January 2019 through an idea of Mimma di Vittorio, dancer and Feldenkrais’ teacher.
The idea was born from the desire to study, develop and diffuse this new discipline, elaborated by the Japanese Sayoko Onishi, who pushed herself beyond the roots of classic Butoh and conjugated occidental and oriental elements, both traditional and contemporary, creating a global vision of the “possible” where everyone can conceive and integrate their own identity.
The Association is recognized by UNESCO’s CID and from August 2020 will be officially established as a Formative School for New Butoh® dancers.
New Butoh® is a registered trademark.

Courses will be held in both Italian and English. 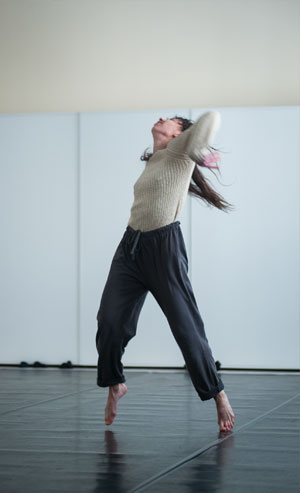 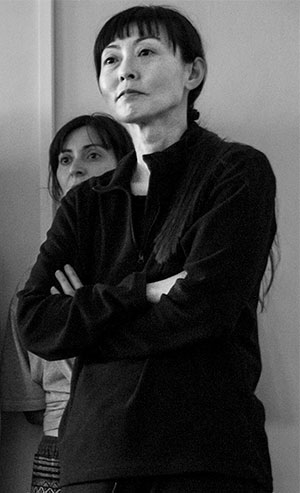 Butoh originated in the 1950s, and focused itself on the schizophrenic relationship with the Japanese classic culture.
New Butoh® is created by choreographers, belonging to a new generation of dancers who, for the most part, do not live in Japan.
Their performances are modelled according to the culture of the places where they live.

The first Butoh was influenced by several personalities and their forms of art: Mary Wigman’s German expressionism, Etienne Decroux’s French mime, Antonia Mercé’s visceral flamenco and Martha Graham’s modern studies. Butoh’s mission was to represent the frustration and the nullifying of the entire Japanese values after the trauma of Hiroshima and the post-WWII US colonialism, without omitting some taboo themes in Japan at that time (such as homosexuality, sexual perversion and nudity on stage).

After WWII New Butoh® was born, and its mission derailed from themes like self-destruction, self-annulment and all the consequences coming from war (specially because, differently from the original Butoh, New Butoh®’s performer never actually lived in that time and conditions). New Butoh®’s themes now connect with Nature and cultural tendencies, focusing also on a new relationship with the human condition (an undervalued and never revealed of modern society)

Back in 2005 in Palermo, Yoshito Ohno (son of Kazuo Ohno, the cofounder of Butoh with Tatsumi Hijkata) and Sayoko Onishi came up with the idea of “Butoh and New Butoh®” during a convention.
In fact, Sayoko Onishi was already passing through the traditional idea of Butoh, fusing all of her past experiences alongside new elements. As a matter of fact, the teaching, choreography and dancing experience in Sicily played a fundamental role in the birth of New Butoh®’s concept. This region’s history, the influence of different cultures such as Fenici, Greek and Arabic populations gave birth to New Butoh® Onishi’s concept. Classical figures in Butoh, codified by Tatsumi Hijkata and later by Yukio Waguri have been processed and assumed a more “site specific” identity. New Butoh®’s style has now influences taken from Sicilian “zagarie”, mythological Greek figures instead of the previous Japanese one: a “gaki” (Japanese demon) can become a venus, a rose can turn into a catus, an ares samurai. In terms of birth Sicilian Spring (Primavera Siciliana), created in 2006, is the real manifesto of New Butoh®.

“New Butoh® gathers all the experiences of my life.
I’ve studied ballet, contemporary dance, Japanese traditional dance and Butoh.
Later on, I’ve specialized in China in the Tai Chi Chuan and Qì Gōng techniques.
I’ve worked with as many choreographers as I could (classical, contemporary, butoh, African, flamenco, traditional Japanese, Indonesian, Chinese…) interacting with a variety of artists (musicians, composers, actors, visual artists, poets, writers, performers, painters, photographers…)
Artists’ different backgrounds lead me to confront with cultures very different from mine but, actually, my whole life has been a constant moving around in different places.

Every time was a challenge, jumping into unknown universes.

Every time I dived deep into the artist and the persona, digging out something inside of me.
Every time I had to create something new, merging with people, cultures and disciplines.
Other times ideas were born from confrontation.

I’ve collected these creations among the years and synthetized in my own method.

New Butoh® represents an inner way to learn from yourself, your body and your deepest Io.
The individual can discover its various inner shades, starting a metamorphosis of the physical self-expression.
Everything, including fundamental techniques of Butoh, is the ground base for New Butoh®’s origin.”

Ultimately New Butoh® is a process of deconstruction, evolution and contamination very involving and revolutionary, because with its element of oriental philosophy and martial arts can unite different cultures and populations. Another specific element of New Butoh® is the introduction of training Yoga, in the form of Oki-do with some basic techniques of Qì Gōng, utilized to protect the dancer’s psychophysical well-being and to remove physical, mental and spiritual limitations that stand in the way of dance’s evolution.

A circle that connects us to a Universal Energy, triggering unpredictable events, ancestral images, primitive memories, primordial pulses. The body isn’t moving anymore but is moved by the energy, as if the body was led into dancing and the external vessel scattered, leaving place to the Presence and the Sense dwelling inside.

This method includes also elements and techniques of Centering Body applied to the Tanden discipline, Sensitization of Body, exercises to gather and control inner energy (Ki), Division of Body, Transferring images from sensation to physical expression, remodeling of time, space and sound conception, music and silence (Sensitization with others, with themselves and in opposition).

In 2020, after several years of stalling, the Cultural Association for the Diffusion of New Butoh® dance in Ruvo di Puglia, coordinated by Mimma Di Vittorio, reboots the activity of the New Butoh® School, once again under the tutoring of Sayoko Onishi.

Note on Oki-do Yoga:
its name came from the homonymous master Masahiro Oki, great expert in martial arts, Chinese and occidental traditional medicine. Travelling around the world he collected a vast experience in the health sector, practicing for a very long time Indian Yoga, Japanese Zen, Buddhist meditation, Shiatsu and ago puncture. His Yoga is not a method but a refined synthesis of all his experiences. 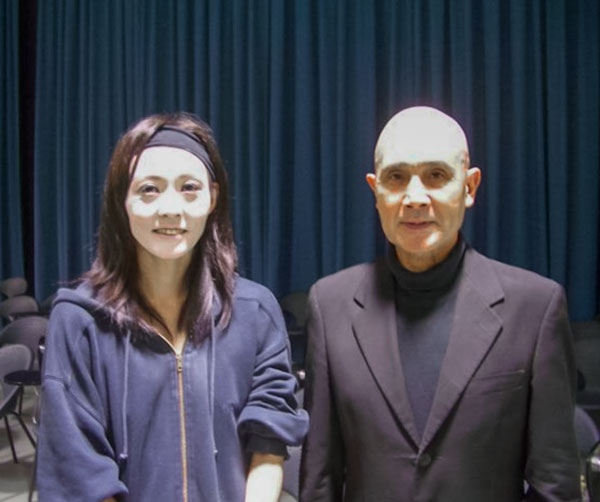 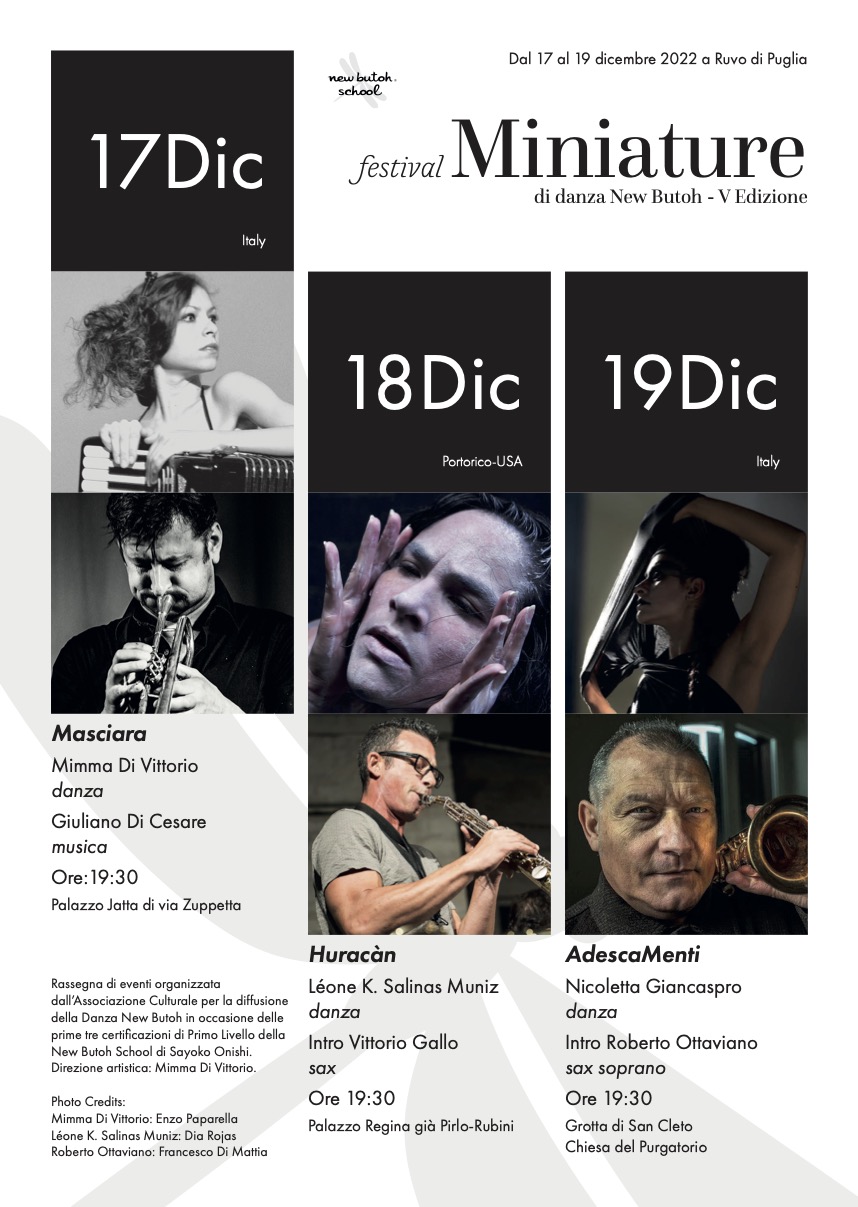 Born in 2019 from the idea of Mimma di Vittorio, dancer and Feldenkrais’ teacher, Miniature is an International Butoh Dance festival.

Performance will be held concurrent to the courses, among the suggestive scenes of the historical town of Ruvo di Puglia, a beloved stage for artists like Giorgio Rossi, Livio Minafra, Constance Humphries, Alice Mundshin, Antonio Leto and of course Sayoko Onishi.

The New Butoh® School uses important human and professional collaborations to make all of this possible.